A very simple analysis of the historic evolution over the past three centuries may go like this: We earthlings have been able to speed up most of the natural and man-made processes around us, reaching today an accelerated pace which it is hard for any living being to cope with. Higher speed and acceleration unleash more heat around us, but also inside us, in so far as we are involved and submerged in those high speed processes. Not everyone on earth takes active part in this overall tendency, but everyone on earth is, whether he or she wants it or not, a part of it. High speed and heat provoke a complex state of stress in the human body and mind, the consequences of which we are still not fully able to decipher. The omens, however, are not looking good. It seems that the heat provoked by the wave of global acceleration is both causing serious damage to life around us and inside us.

This analysis is one narrative among many. I must confess that I like it for its simplicity. The real state of affairs is probably much more complex, but what if this complexity came from something really simple? An imbalance between two forces which hardly match and complement each other anymore. On the one hand, we have speed, heat, noise and stress. On the other hand, we have what is hard to find anymore, slowness, coolness, silence and calmness.

The first parameter seems to have got the upper hand in recent history, which is what creates a certain imbalance on earth. Somebody a bit more nostalgic than me might even say that we have lost the balance which preserves life on earth and makes it grow. Is it possible to recover the balance lost, if it is really lost? It would not be enough to balance the two forces; more would be needed, as in the ancient Chinese symbol of balance, yin-yang, in which the two complementary forces are balancing each other being at the same time inside each other.

Balance comes from within. There is no other way of stopping a fast running frain train slowly and gently but from the inside, with a subtle, intelligent touch, so that what is out of control does not end up becoming completely uncontrollable and destructive, but it can instead become balanced and remain intact. Recovering balance starts with ourselves, it starts inside ourselves, taking it a bit slower and a bit cooler, being a bit more silent and calmer in the middle of late modern furore and frenzy.

Losing one’s balance is not the same as losing an object. This obvious fact has far-reaching consequences. It means, first of all, that one’s own balance – be it physical or emotional – is not something outside oneself, but it is kept from within. Exterior factors do, obviously, affect the balance of any individual, and things in the outside world can sometimes help us recover our balance; but this does not change in the least that physical and emotional balance is kept from within. The body and mind of any human being are constantly making small adjustments in order to keep the temperature stable and the temperament balanced.
This is not always enough to find the balance, but keeping one’s balance can be trained and improved so that even when falling to the floor or losing one’s temper, the balance can be recovered without ending up on the floor or with a bad temper. The human body and mind will – if they are not being obstructed – try to find resources from within to come back and recover from whatever blow they may have received and knowing our body and mind will make us more aware of these resources coming from within.
If the key to keeping one´s balance is found within ourselves, then this means – although many may deny it – that there is no good reason to blame exterior factors for not keeping the balance. It is so common to blame everyone else for one’s own or society’s imbalances that it seems odd to take a step away from this way of thinking and start taking responsibility for bringing balance into one’s own life. If we, who presumably live in modern times, only knew and felt what the ancient traditions of wisdom experienced as an undeniable part of life, that every human being carries within him- or herself extraordinary resources to keep and improve his or her physical and emotional balance, I believe we would try to “dig out” these resources. So far, even thousands of years after it was first written and spoken among men and women, there still seems to be no higher human knowledge than to “know thyself”. 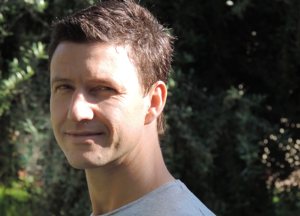